Why DAW developers should design a better piano roll

You might think that the humble piano roll has already been perfected. But more and more people these days are working with microtonal tunings. The old piano roll struggles to keep up with this new form of musical expression.

Definition of microtonal tuning: Any collection of pitches that is tuned differently to Western 12-tone equal temperament. A microtonal tuning may contain less than 12 or more than 12 notes per octave, and it may not repeat at the octave at all.

We could improve the piano roll to make these musicians’ lives easier. Here are some reasons why this is so: 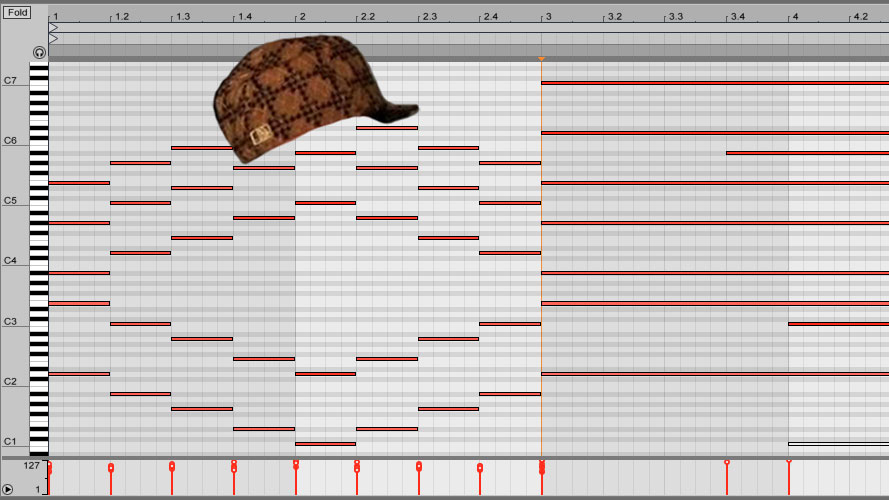 Quartertone music displayed on a piano roll designed for semitones

The common pattern of 7 white and 5 black keys is known as the Halberstadt keyboard.

Halberstadt’s layout makes sense if you’re using standard tuning. Those black and white notes provide a useful guide to the eye to see what is going on with the music. However, when microtonal tunings are used, this guide no longer represents what is happening in our music.

Microtonal tunings can have less or more than 12 notes per octave. So as you go up and down by octaves, the markings on the piano roll slip further and further away from a true representation of the notes.

Let’s consider the case of 19-EDO (19 Equal Divisions of the Octave or 19-tone equal temperament). This tuning has 19 notes in one octave. We can play a C major triad in 19-EDO, though the notes are more spread apart than they would be in 12-EDO (standard tuning). In 12-EDO a major triad can be formed with the scale degrees 0-4-7. In 19-EDO the scale degrees are 0-6-11. When you view a 19-EDO C major triad on the standard piano roll, it confusingly looks as if the chord is formed with the notes C, F# and B. 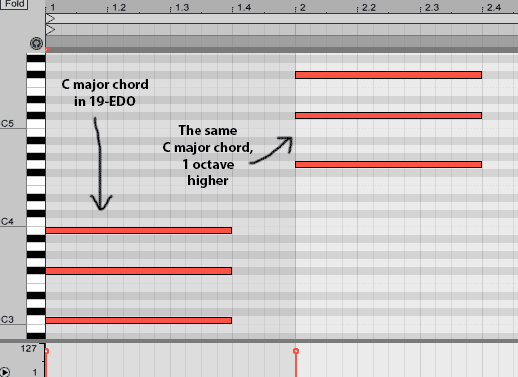 This image should demonstrate that when you transpose the chord up one octave, the notes of the chord appear to change to G, C#, F#.

It was difficult enough to imagine that the notes C, F# and B would make a major triad, but to think that the next G, C# and F# produce the same chord one octave higher is an insane and disorganized way to work. Yet as a microtonalist this is how I have been forced to work with a piano roll every day for years.

And all this has just been an example in 19-EDO. A musician could be working in myriad other possibilities! The existing piano roll isn’t designed for this kind of flexibility, but we can change this! (Indeed Reaper’s piano roll is already head and shoulders above the rest, as I will explain later).

To clarify: DAWs send MIDI data in to the instrument/plugin and then receive audio out. The DAW isn’t aware if the musician has loaded a microtonal tuning in the instrument – indeed the DAW doesn’t need to know. Therefore the points for improvement suggested above are cosmetic. There is no need to completely change the way that audio is generated in the DAW. Just change the way that pitches appear to the musician.

Many piano rolls allow you to use the shift+up shortcut to move a note up by 12 notes, or shift+down to move it down by 12 notes. This is a quick and useful method of moving notes up and down by an octave when using standard tuning. But if the user uses a larger or smaller tuning, then this shortcut becomes less helpful.

For example, when I’m working in 22-EDO, I must use an unusual series of keypresses to move a note up by one octave: shift+up shift+up down down. What this does is move the note up 12, up 12 again, then down 2 notes. This clearly isn’t an optimal way for me to jump by an octave of 22 notes.

Reaper’s piano roll is ahead of the rest

Being an Ableton Live user, I often look at the Reaper guys with jealousy. Reaper is a rock solid DAW and their piano roll has some useful features for microtonalists.

Notice anything remarkable about the piano roll below? 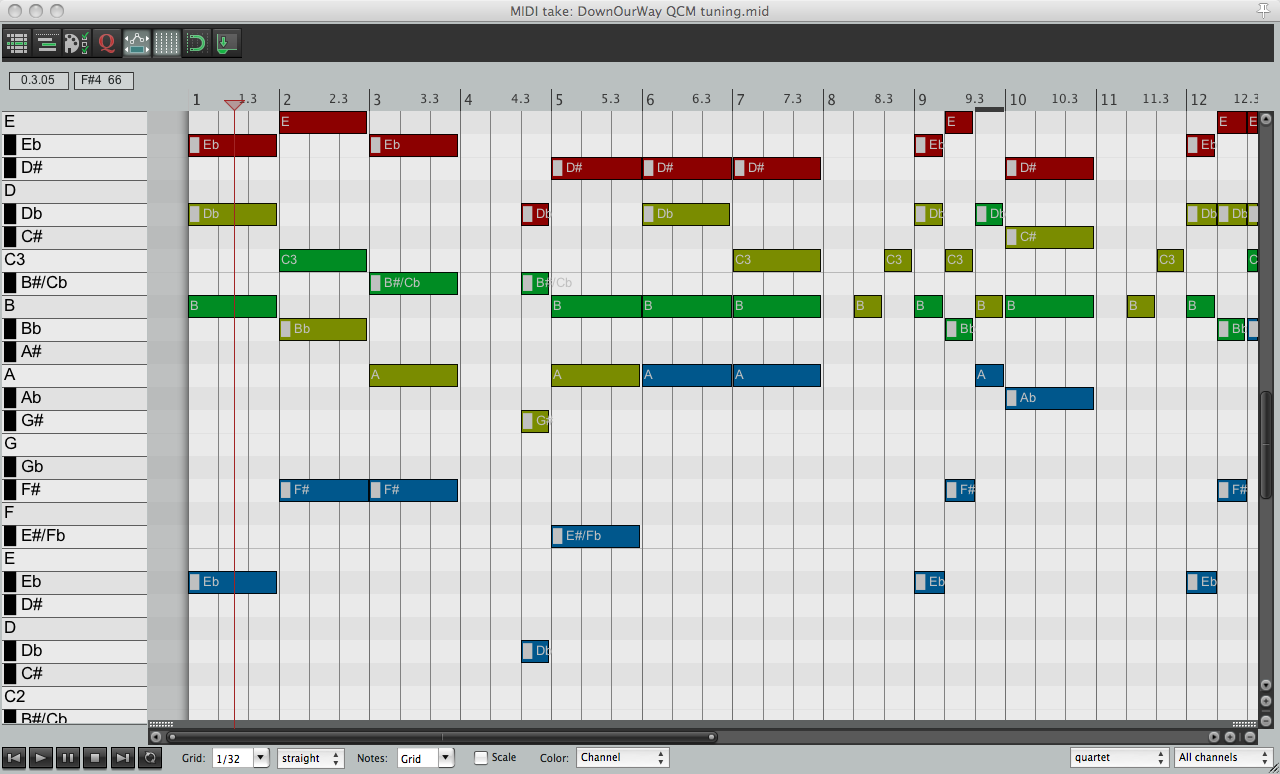 On the above picture, check out the notes on the left side. Here the musician Tall Kite has set up the piano roll with a custom layout and useful names for each note. Yes, Reaper allows you to do this! The custom keyboard layout is designed for 19-EDO.

Read this thread for instructions on how to make a microtonal piano roll in Reaper.

Reaper’s implementation is not perfect. Notice how the background markings on the main panel still show the original Halberstadt layout for 12 notes. Those markings don’t correspond to the layout on the left of the screen. But Reaper’s piano roll is a great move in the right direction. I hope Reaper will continue this good work.

How we move on from here: Take action now!

Musicians… Nobody will improve the piano roll unless we tell them about it! Write to your favourite software developers and explain to them what issues you have. Show them examples of other software that does the job well. Show them this page! Then spread the word so other musicians can do the same.

We now have a group on Facebook to help you make feature requests: MIRAGE – Microtonality Request Action Group Effort

Audio developers… At this stage, any audio software that caters to microtonal musicians has a unique selling point to differentiate against similar products on the market. So be a leader in supporting microtonal features to inspire a new generation of musicians. Help artists to create the future of music – not to do what has been done before.

Soon on the MIRAGE group we’ll have resources and recommendations for developers to support microtonality.