The Golden Ratio as a musical interval

The golden ratio, also known as φ (phi) or approximately 1.618, is a number with some trippy properties. It’s no wonder that many people treat the golden ratio with a great deal of mysticism, because (here’s the cliche part) it appears repeatedly in nature and also crops up in many fields of mathematics. And we all know that mathematics is the language of the universe. Duuude.

So I want to talk a little about the golden ratio and how it might sound if we used it as a musical interval. 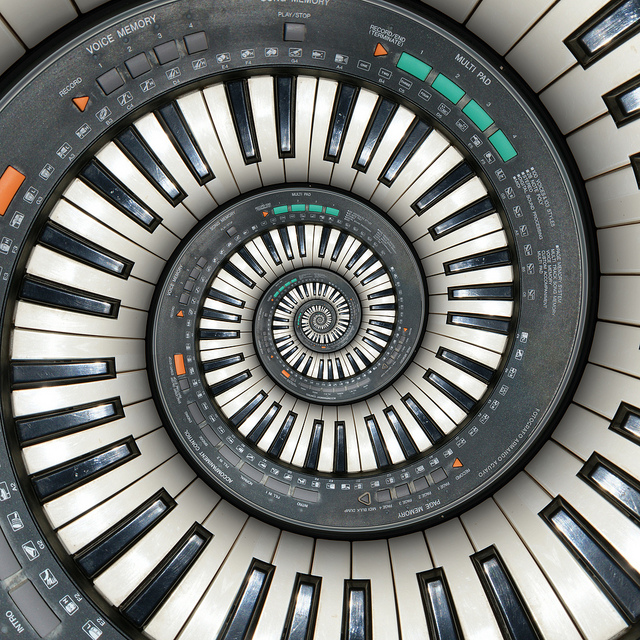 You may have seen or heard some youtube videos which exclaim “this is what the golden ratio sounds like!!” — These are almost always based on the decimal expansion of phi, where each digit is assigned to a note of the major scale. I won’t give an example here because it’s such an unimaginative Western-centric interpretation of nature’s finest ratio. Just imagine the background music for a shitty Google commercial, children and mothers playing, young trendy people smiling while looking into their laptops, and you get the idea.

Let’s have none of this. The truth is that the golden ratio, as a musical interval, is gritty, dirty, dissonant, inharmonic, and not remotely like you’d expect. And it’s explicitly microtonal.

Take for example John Chowning’s Stria, an important electronic work from 1977, using his then-new discovery of FM synthesis. The golden ratio is used as the interval between carrier and modulator, such that the resulting timbre is an inharmonic cloud of golden-ratio-related partials. To get a sense of what the golden ratio may sound like as a musical interval, start from here and let the sounds slowly work their way into your brain.

Here is something that causes confusion time and time again. There are two musical intervals which both claim to be the golden ratio! How is this possible?

~741 cents sounds like a horribly sharp fifth. Well, we already know that the golden ratio sounds dissonant, so this could be the golden ratio that we’re looking for. But first let’s look at the other contender:

While both of these intervals could be used to generate scales that you could play interesting music with, only one of them gives me that one-with-the-universe vibe. To find out why, we need to look at a psychoacoustic effect known as combination tones. 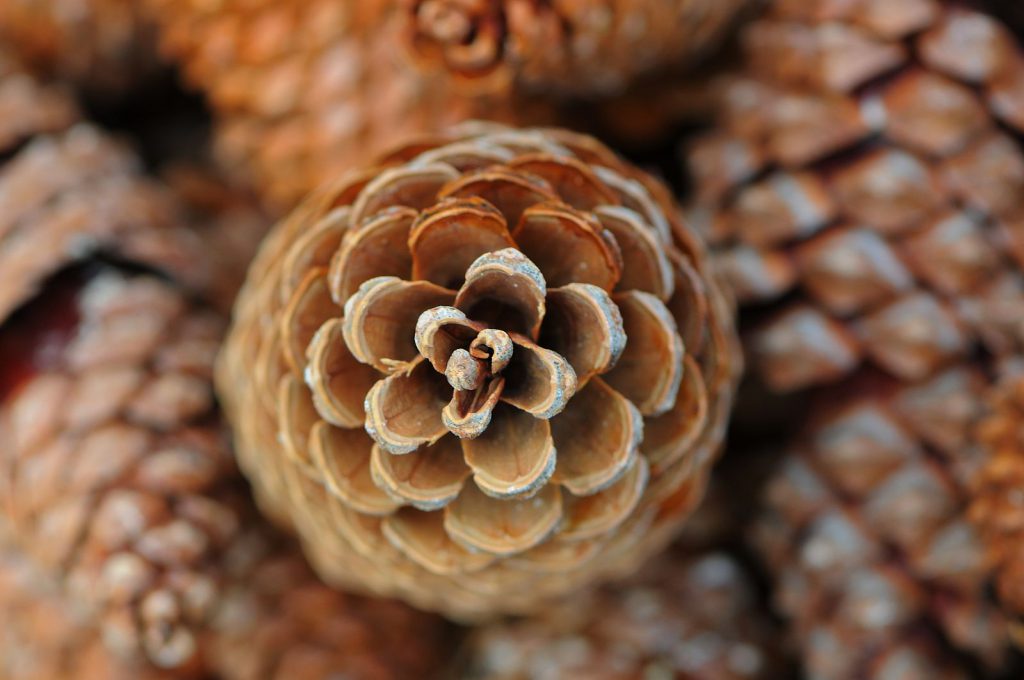 Let’s play A (440Hz) and E (660Hz) on the keyboard and work out these combination tones for ourselves.

The difference tone sits an octave below the root note of A. This is the reason why you hear the missing fundamental being “filled in” by your brain when you play a power chord or a just major triad.

As for the sum tone, it is tuned to the 5th harmonic above that missing fundamental of 220Hz, because 220Hz*5=1100Hz. The 5th harmonic is a just major third plus two octaves. The sum tone is perhaps one of the reasons why the just major triad is such a stable and pleasing sonority.

Just to recap: If I play TWO tones (440Hz and 660Hz), your brain hears FOUR tones, (220Hz, 440Hz, 660Hz, 1100Hz). The effect is subtle, and the combination tones are heard a lot more softly than the real tones, but the effect can be perceived. Bearing that in mind, let’s work out the combination tones that appear when using the golden ratio interval.

We shall play a 1kHz tone and a ~1.618kHz tone. The interval between these two tones is the golden ratio of ~833 cents.

What’s interesting about these combination tones is that they are themselves related to the original tones by the golden ratio. This is easy to demonstrate:

However this landscape of recursive inharmonic partials can best be described as a chaotic and complex mess. This is an extreme contrast to the use of the golden ratio in visual proportions, paintings, architecture, flowers and nautilus shells, which most people would agree appear harmonious and pleasing. But that’s just the truth of it. The ear works in weird ways. Not all visual forms have an analogue as sound. 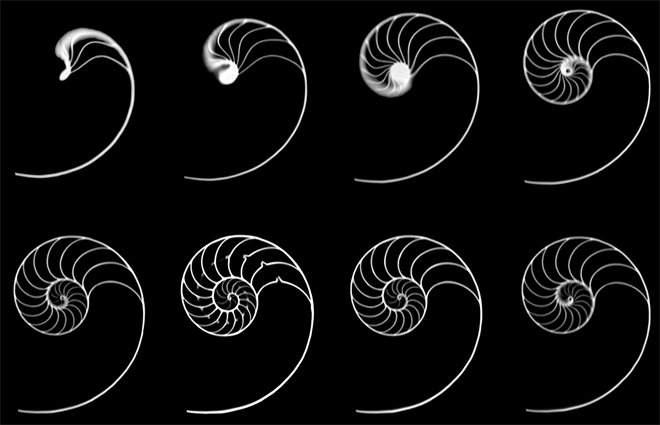 Generating a scale based on the golden ratio

By now it should be clear that golden ratio music has some interesting properties that the Western equal-tempered scale could scarcely hope to reproduce. If you have some highly accurate micro-tunable instruments and perhaps some scale-designing software such as Scala, alt-tuner or LMSO, then your next step is to design a scale that features the golden ratio.

There are many possibilities when making your own phi-based scale, but today I will only give you one. Developing your own golden ratio scales is left to you as a rainy day exercise.

Almost all scales contain an interval of equivalence, and for most scales that interval is the octave. In octave-based systems, a note such as C appears many times, and each C is separated by one or more octaves.

By the way, an octave is a ratio of 2. If you play an A at 440Hz and then play the A’ one octave higher, the higher pitched note would be 880Hz.

For our scale, we want to pack in as many golden ratios as possible. There’s no room for any boring numbers such as 2. Indeed, our interval of equivalence will be the golden ratio itself. This means the scale will repeat after approximately 833 cents. This scale would fit snugly into the frequency space between 1kHz and ~1.618kHz. 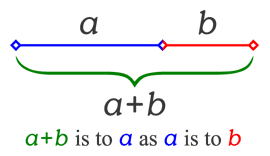 Then take the biggest interval that remains in the scale and break that down into 2 intervals with the golden proportion. Repeat this process until you have enough pitch material to write music with.

I’ve done all the calculations, and the resulting scale (taken to 8 steps) is presented below in Scala format so that you may try it out for yourself:

Some interesting notes about the above scale… When generating the values, I noticed that the scale was a Moment of Symmetry (MOS) after 3, 5, 8 steps. Those are Fibonacci numbers. I stopped after 8 steps because it will map very nicely to a piano keyboard with linear mapping. With this mapping, you will always hear the golden ratio when you play a minor sixth on the keyboard. Coincidentally, this tuning has some fair approximations to the fifth, fourth, supermajor third, minor third, and major second.

If you want to find more tunings with the golden ratio, you might look at Heinz Bohlen’s 833 cent scale for inspiration.

The golden ratio as a spectral microtuning

When using scales that are based on the golden ratio, you will find that timbre makes a huge difference to the result. If you use an instrument that produces bright and clear harmonic overtones such as the violin or a sawtooth wave, you will hear an unruly clash of a harmonic timbre against an inharmonic scale.

Instead, you could take a similar approach to John Chowning and bake the golden ratio right into the timbre itself by using inharmonic overtones based on the golden ratio. Then suddenly your timbres and your scale will align, resulting in a much smoother sound. It’s just one more demonstration of the fact that tuning and timbre are deeply intertwined.

If you’re a computer musician, download a free copy of the Xen-Arts synth plugins. These instruments can produce inharmonic partials which can be controlled by the user. By default, they include a setting where each partial is tuned to some multiple of the golden ratio. These instruments could be a quick way to explore the topics I’ve been discussing in this post.

21 thoughts on “The Golden Ratio as a musical interval”