The British Library sound archive seeks to collect sound recordings that can be preserved for generations to come. They are home to one of the largest collections of vinyl recordings in the world. They also curate a library of digital recordings. The collection includes not just music but also drama, literature, field recordings, and oral history. 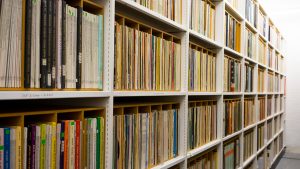 A representative from the library reached out to ask if I would donate some of my recordings to the sound archive. Of course I was happy to do that. It’s fun to wonder what some futuristic person would think if they discovered early 2000s xenharmonic bangers.